The Cathedral of Palma is the most visited religious building in the city with more than 800.000 visitors per year 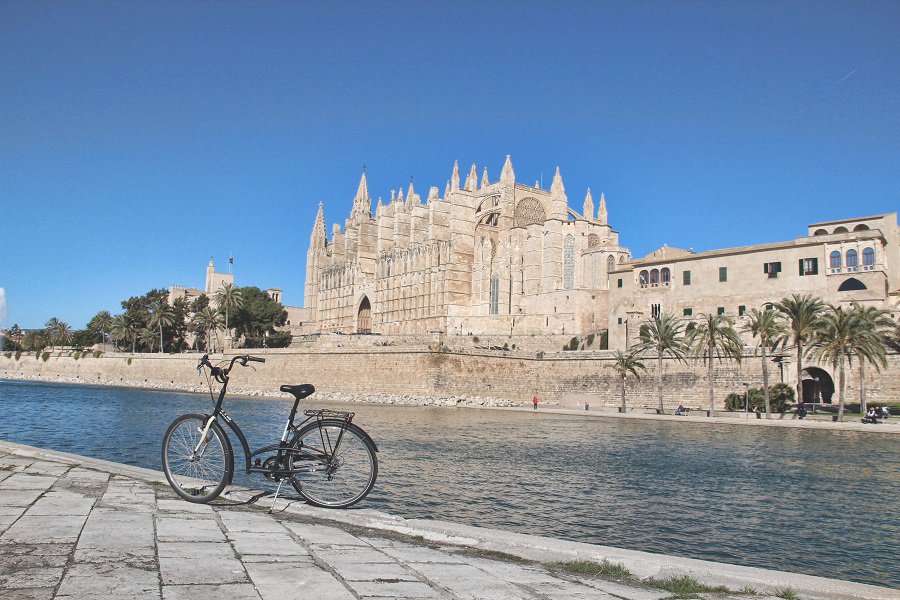 The Cathedral of Palma also known as La Seu (name which all the cathedrals from the Corona de Aragon are named with) consists of a Levantine gothic temple built at the shore of the Palma bay, arising behind the roman wall which protected the city, making it unique in the world.

Its construction began in 1229, after the conquest of the island by King Jaime I of the Aragon kingdom. This King decided to tear down the Great Mosque of Medina Mayurca and build a temple to honor Saint Mary after a promise made during a heavy storm in a journey to Mallorca, if Saint Mary saved him from death, as it finally happened. Although King Jaime III consecrated it in 1346, its construction did not end up until 1601.

A great number of architects participated in the construction of this wonderful building. The first architect from the project was Ponç des Coll, who started the construction of the Trinity chapel; where king Jaime II and Jaime III are buried. In 1851 there was an earthquake that damaged the main façade of the building. A great number of architects helped to refurbish the building, among the ones we can stress Antoni Gaudí who got inspired by this wonder for designing the Sagrada Famila of Barcelona.

Regarding its characteristics as previously mentioned, it is a Levantine gothic cathedral of 121-meter-long and 55-meter width. Inside it is divided in three parallel chapels in its header and lots of side chapels. There is a height difference between the central nave and the side ones.

Its main rose window (gothic’s eye) with a diameter of almost 14 meters, is the biggest gothic rose window worldwide and it can be highlighted the existence of a Star of David enrolled in it. One of many peculiarities of this cathedral consists on that twice a year, on November 11th and February 2nd, there is an event known as the eight show, where the rising sun crosses the biggest rose window and projects itself on the front wall just below the small rose window forming an eight shape. In addition, the rose window works as a sundial during the whole year.

Other of its peculiarities is its bell tower. It is 48-meter height; it should have been higher but the top has not been build yet. This tower forms an angle with the Almudaina’s portal, according to a hypothesis this is because the bell tower takes the place of the Great Mosque’s minaret and that is why it is slightly disoriented in relation with the temple, facing towards Mecca.

For all this peculiarities and more other things that our experienced guides will explain you if you decide to make a guided bike tour with call&ride, it is worth visiting this building and its surroundings.

Are you thinking about visiting the city and you do not know what to do with your luggage? Use our left luggage in Palma de Mallorca. The left luggage facility is located in the street Can Puigdorfila 5, in the very city centre of Palma. Make the most of your visit and discover all the buildings and monuments in Palma!

[Total: 0   Average: 0/5]
We use cookies to ensure that we give you the best experience on our website. If you continue to use this site we will assume that you are happy with it.Ok